Years ago, when I set up my Facebook account, I used a bogus birth date on  my profile.

When I started getting all these happy birthday messages in March (during tax season) I decided to make my fake birthday a May event.

That day, I received an email from Facebook saying that if I changed my birth date again they would cancel my account.

It was then that I realized that I wasn't the customer but the product.

Ever since that point in time, I have made it a point to lie on every consumer driven product around.

Apply for a Kroger's customer card. I am Rosie Ruiz, one time marathoner.

When O'Charley's asks me if I would like to be a part of their loyalty program.... Sure, My name is Evander Holyfield.   Of course, after about twenty of these things (made up birth dates on every one), I think we get one free appetizer, entree, or desert every month.

Here's the point. If you don't want to be manipulated, don't give people the ammunition. Especially, douche bags who couldn't otherwise cared if you lived or died.

So here's my suggestion.

Pollsters? Why would anyone tell a pollster the truth about anything? All the pols do is use that information to manipulate you into supporting their cause and the media uses them to support their political narratives.

So when in doubt lie lie lie and lie some more.

If we feed the machines lots of shit for fuel it sure as hell won't run well.

So Megan Rapinoe is not f*cking going to the White House.

Kind of presumptive since, to my knowledge, the White House had not invited her or her teammates.

When the World Cup started, I was kind of bewildered as to what Rapinoe's bitch with the US and/or the U.S. actually was.

Apparently, she and her teammates have been persecuted, abused, and/or ridiculed by the giant ass misogynistic, homophobic country known as the United States.

This whole conversation about how all things Anglo/Western/Christian is somehow hilarious when you consider all the teams remaining in the final 8 of the Cup tournament. They are.....

It's an entire smorgasbord of misogynistic terrorists.

Seriously, where else in the world could this witch find the support of a culture and government better the crusty white bread world of the western world?

The bottom line is that I hope Megan and company get their asses kicked by the French and when the French score that 13th goal, the players all do that low class Rapinoe whirlywhirl she whipped out against Thailand.

A media member who gets it

It shouldn’t come as a surprise to anyone that, with a few exceptions, we were all tacitly or explicitly #WithHer, which has led to a certain anguish in the face of Donald Trump’s victory. More than that and more importantly, we also missed the story, after having spent months mocking the people who had a better sense of what was going on.

This is all symptomatic of modern journalism’s great moral and intellectual failing: its unbearable smugness. Had Hillary Clinton won, there’s be a winking “we did it” feeling in the press, a sense that we were brave and called Trump a liar and saved the republic.

So much for that. The audience for our glib analysis and contempt for much of the electorate, it turned out, was rather limited. This was particularly true when it came to voters, the ones who turned out by the millions to deliver not only a rebuke to the political system but also the people who cover it. Trump knew what he was doingwhen he invited his crowds to jeer and hiss the reporters covering him. They hate us, and have for some time.

And can you blame them? Journalists love mocking Trump supporters. We insult their appearances. We dismiss them as racists and sexists. We emote on Twitter about how this or that comment or policy makes us feel one way or the other, and yet we reject their feelings as invalid.

Trump's election will be the biggest "F—ck You" in human history - Micha...

Posted by gordon gekko at 8:26 AM 0 comments

We are ‘Terrified’ of Hillary - Paula Jones, Juanita Broaddrick, Kathlee...

Fox: Why Are There Immunity Deals With Clinton Aides to Get Devices That... 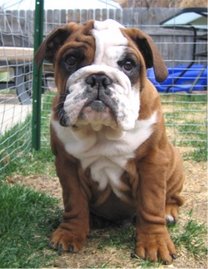 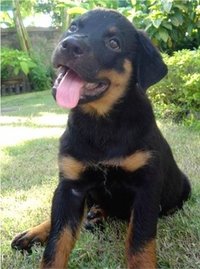 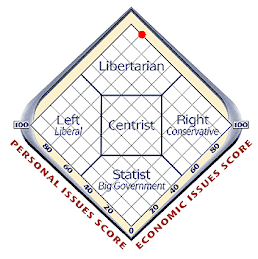